For The Handless Maiden I am currently developing a series of eight images that deal with women’s archetypal behavior that represent the psyche in storytelling. Some of the starting points for my interpretation are anonymous folk stories, as far back as the Middle Ages, to stories compiled by the brothers Grimm or written by Hans Christian Andersen. Even when the stories were geographically apart they still shared a side that is darker, that signifies the psyche during self-reflecting stages. There is sublimation, a resolution in all of them as well -even though that resolution is not always pleasant- sometimes only showing in the form of acceptance.

Each story carries a symbol that becomes a visual element that I turn into a module. This module is repeated over an over in a very decorative manner as pervasive background information (the inspiration for this for me comes from grotesque decorative ceilings frescoes found in Italy).

For instance in The Little Match Girl the matches represent the brutal loss in the story, that of the child’s life as she reminisces good moments with her grandmother and lights the matches watching them burn, one by one. I have included Bernini’s Elefantino since the elephant is a symbol of strength and wisdom, and the baby elephant, the endurance in the child. The angel is blessing the child as it walks away in an amoral action, leaving the child alone as it faces death in the cold.

I choose to include my daughter portraying these characters and myself as the so-called “protector” of her fate. I believe two things: a drawing or print detaches her from that personification because it includes my gesture; it is not a photographic document. The second belief includes that I attempt to exorcise my fears as a parent, the fear and umbilical cord that accompanies every parent since the child is born. 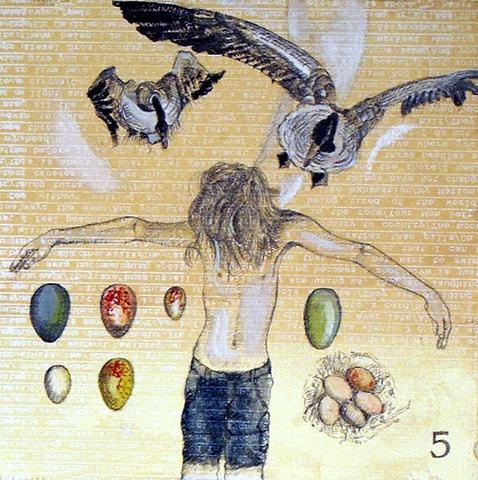 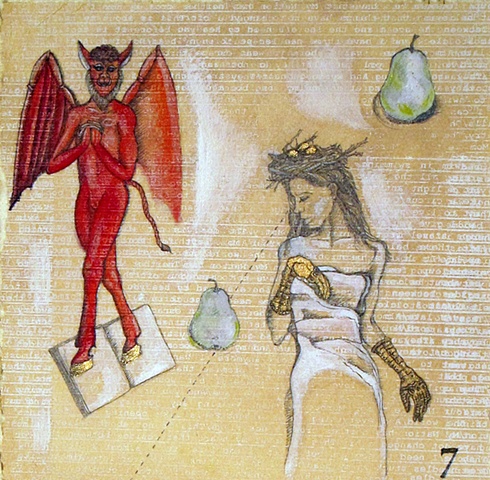 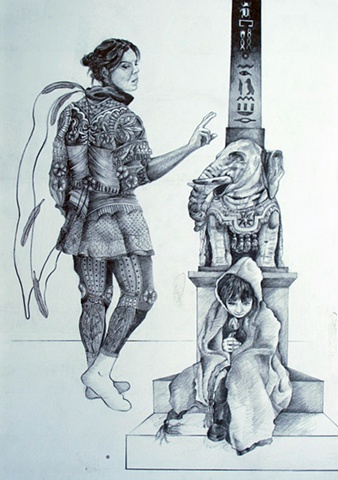